This is what makes time travel possible.Doc Brown

Leaning inside the DeLorean, Doc Brown pointed to a particular centerpiece unit. "Get a picture of this on tape," he said. / Marty pointed the camera at the strange-looking object. Moving his head next to it so that he could be seen on camera and describe its workings at the same time, Doc Brown continued in his professional tone. "This is what makes time travel possible — the flux capacitor." / "Flux capacitor, huh?" Marty repeated. "Is that its real name or something you made up?" / "It's a logical title applied by me when I decided to describe its function in one or two words. Any brilliant scientist would have arrived at approximately the same title if given the chance." / Marty chuckled inwardly at the man's humility. He did not dislike him for it, however. As a matter of fact, he found it charmingly refreshing.From Back to the Future by George Gipe (quote, page 55)

Doc: "It works! Ha ha, IT WORKS! I FINALLY invent something that works!"
Marty: "You bet your ass it works!"
— The conversation between Doc Brown and Marty McFly after the latter shows him the completed flux capacitor in the DeLorean time machine

On November 5, 1955, Emmett Brown came up with the idea of the flux capacitor after slipping and bumping his head while standing on his toilet to hang a clock. The idea came to him in a vision he had after being knocked out. He drew up a schematic diagram of an inverted Y-shape with wires and stated "flux compression". He also performed some mild calculations on the paper.

Note: The following section is considered non-canon or is disputed in canonicity.
Since coming up with the idea, Doc spent many years and most of his family fortune trying to get it to work.  By 1962, he had invented the temporal field capacitor. It was a prototype time machine that was able to send objects through time, but only during the lifespan of the device. It could only send objects forward through time, as sending objects even a few minutes into the past would cause a buildup of flux energy. If an object was sent any further back than that, the arrival of the object would overheat the capacitor and start an electrical fire. The problem with the build-up of flux energy was solved by the flux capacitor, allowing time travel to the future, as well as the past.
Non-canon or disputable information ends here.

The flux capacitor consisted of a box with three small, flashing incandescent lamps arranged as a "Y", located above and behind the passenger seat of the time machine. As the car neared 88 miles per hour, the light of the flux capacitor pulsed faster until it had a steady stream of light, which one was not supposed to look at as indicated by the Dymo warning label SHIELD EYES FROM LIGHT placed across the glass panel. The stainless steel body of the DeLorean also had a beneficial effect on the "flux dispersal" as the capacitor activated, although Doc was interrupted by the arrival of the Libyans before he could finish explaining it to Marty McFly fully. Accessing the flux capacitor safely required disconnection of the capacitor drive, as the Dymo warning label at the top of the unit — DISCONNECT CAPACITOR DRIVE BEFORE OPENING — pointed out.

The coils that can be seen across the front and along the rear sides can be referenced as the temporal demodulation coils (as used in the original blueprints of the vehicle). These play a key part to open a hole in the time barrier.

In order to travel through time, the vehicle integrated with the flux capacitor needed to be traveling at 88 mph (140.8 km/h), and required 1.21 gigawatts of power (1,210,000,000 watts), originally supplied by a plutonium-powered nuclear reactor. However, for the time machine's return trip (from 1955 back to 1985), plutonium was not available, so a lightning rod was connected directly into the flux capacitor and was used while the vehicle sustained 88 m.p.h. Plutonium was used once again for a trip forward in time at least 30 years, and at some point thereafter the plutonium reactor was replaced by a Mr. Fusion home energy generator from the future that was fueled by extracting hydrogen atoms from garbage.

The DeLorean once again came back to 1985 and proceeded to travel to 2015, where it was stolen by Biff Tannen, taken back to 1955 and returned to 2015 without Doc's knowledge. When they returned in 1985, they found it was a different present, so they traveled back to 1955 to fix the space-time continuum. The DeLorean was again struck by lightning in the year 1955, this time by accident. The lightning created an overload and caused a malfunction in the time circuits sending the vehicle back to January 1, 1885. Earlier, the 1885 date was already displayed before the lightning hit, after the LED read-outs flashed. [1]

The DeLorean was then hidden in the Delgado Mine by Doc for seventy years because suitable replacement parts were not invented until 1947. [2]. It was recovered from the mine in 1955 and repaired by Doc's 1955 counterpart, thus restoring it to working order. Since both gasoline and garbage were available, the next trip back to 1885 was performed under the car's own power.

Due to a broken fuel line, the DeLorean's final trip from 1885 to 1985 was partially powered by a steam locomotive pushing the vehicle up to 88 m.p.h. while using Mr. Fusion to generate the 1.21 gigawatts required to activate the flux capacitor and break the time barrier. Doc returns to 1985 in a time machine made from a locomotive. This used a flux capacitor that Doc was able to power using steam (at least with the propulsion requirement for time travel), located on the front of the train, in place of the lamp.

By 1893, Doc had constructed a second flux capacitor to power the Jules Verne Train. When its first time travel experiment failed, he set up a steam time car with its own flux capacitor. This enabled him to travel forwards to 2035. This same flux capacitor would later be incorporated into the time parachute, and later, the second DeLorean time machine.

During an escapade in 2585, the Jules Verne Train's flux capacitor was damaged and required a piece of platinum for functionality to be restored. This platinum was found in the form of a leaf of the ruby begonia, which the queen of Apocrypha allowed Jules to take.

In the movie, the power required is pronounced "one point twenty-one jigowatts". Although this pronunciation of "gigawatt" was once considered the correct one, it is no longer the most common. (In addition, since Robert Zemeckis and Bob Gale were unfamiliar with the term, they misspelled it in the script.) Because of this, a "jigowatt" will sometimes be referred to on internet forums as a fictional unit or to make fun of someone's electrical knowledge. The spelling "jigowatt" is used in the novelizations of the second and third films. However, George Gipe's novelization of the original film uses the correct spelling "gigawatt".

The phrase "flux capacitor" has appeared in more serious contexts. U.S. Patent 6,084,285  describes a "lateral flux capacitor having fractal-shaped perimeters", the idea being to make a capacitor in an integrated circuit, some of whose capacitance exists between two conductors on a single layer (hence, "lateral"). The device is not a lateral flux-capacitor but a lateral-flux capacitor.

Flux is commonly used in electronics and electromagnetic theory and application, but rarely in the context of a capacitor. In general terms, flux simply means the rate at which some quantity (such as electric charge) passes through a surface (e.g. charge flux). It is speculated that the movie terminology is used fictitiously to represent a new and unknown type of flux.

The Fluxus art community commonly used "Flux" to designate various items and products it was associated with. Such items included the flux box, the FluxKit, the FluxFarm, the FluxShop, and a Fluxatlas. There was even a Flux Mass, a parody of the Catholic mass. The art community adopted the term "Fluxus", meaning "flow" or "fluid", implying "change", because it wanted to distinguish itself from earlier forms of Dadaism, and because it was new at the time. 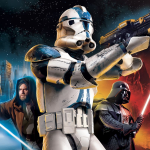