Most of the traffic seemed to have relocated itself overhead. Cars, some of which looked old enough to come from 1985, or even before, briskly flew back and forth across the air lanes. Marty could have sworn one of those fliers was an Edsel.From Back to the Future Part II by Craig Shaw Gardner (quote, pages 25 and 26)

A flying car was a car that could fly.

Flying cars were popular in 2015, along with other flying vehicles such as hoverboards. The most popular method of creating flying cars appeared to be hover converting cars both new and old.

On August 8, 2015, Dr. Emmett Brown won first prize at the Hill Valley 1980s Car Expo with his DeLorean, which was 10% off a hover conversion worth $3995.00 at Goldie Wilson Hover Conversion Systems. To get the money he needed for this and the Mr. Fusion, which he had spotted in a store window for $8200 and considered ideal for solving all his electrical energy needs, Doc searched the internet for the best investment to make, then traveled back to April 18, 1938 to pick up several new copies of Action Comics issue #1.

He sold one in 2015 or beyond to get the money he needed, and then traveled to 2015 or beyond, and sold another at Southby's Auction House for $2.5 million dollars.

However, Doc also made other modifications to the car (which he never explained in detail) which were not exactly considered "street legal", and so had to keep the DeLorean obscured by landing in an alleyway when he arrived from 1985 with Marty McFly and Jennifer Parker.

Unfortunately, the DeLorean was no longer able to fly after the flying circuits were destroyed when the time machine was struck by lightning during the Hill Valley Thunderstorm in 1955 and, with Doc aboard, was sent back to 1885.

According to the Newsline column on the front page of the October 22, 2015 issue of USA Today,[1]Katie Pearson, a new lobbyist hired by Mothers Against Drunk Flying, was to lead a campaign to install kill-switch breathalyzers in flying cars. 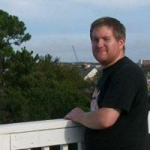