In Search of Calvin Marty Klein

In Search of Calvin Marty Klein was the first of two stories printed within Issue 3 of Back to the Future: Untold Tales and Alternate Timelines printed by IDW Publishing in 2015.

In Japan, it was published by Takarajimasha, both in the Back to the Future: Untold Tales trade paperback and for a limited time as a webcomic that was viewable on Takarajimasha's website.

It told the story of what happened to George McFly and Lorraine Baines after Marty McFly went back to the future.

WEDDING BELLS AND CROSSED TIMELINES! Marty McFly's parents were destined to marry—whether he went back in time or not—but without his intervention, did the wedding cake taste as sweet? Plus, Doc and Marty weren't the only pilots the DeLorean ever had. Biff Tannen took a trip, too—and 1955 wasn't his only destination!

In the 1890s, Emmett Brown is working on the Jules Verne Train. He doesn't hear Clara calling him, as his mind is on his work. She is bringing Jules and Verne to him as they were fooling around and didn't come when she called them. She tells him that he doesn't either, and claims that they get that trait from his side of the family. He admits that the men in the Brown family can be stubborn, and tells the boys to mind their mother, as they need someone to look after them. He then tells them that the situation reminds him of something that happened to another couple of kids.

In November 22, 1958, Doc Brown had been working on building his temporal field capacitor for the past three years since Marty McFly returned to the future, believing that it would be the key towards building the flux capacitor.

Doc is training Copernicus to help him in the lab. Copernicus brings him a torque wrench instead of a pipe wrench, but Doc states it's not bad for his first try. At that moment, there's a knock at the door, and Doc has a feeling that whoever it is wouldn't be bearing good news.

George McFly is looking for Calvin Marty Klein, as Marty had told Lorraine that Doc was his uncle when they first met. Doc tells him that Marty and his parents moved after the Enchantment Under the Sea dance. George wants to know where he moved, and why he hasn't come back to visit. Doc stumbles for an answer, first trying to come up with something to do with sailing, and then telling him he went to college. Doc then turns the situation around, asking George why he wasn't at college himself.

George says that he can't go back there, since he thinks Lorraine isn't interested in him anymore. He says that even though they set a wedding day for 1960, he doesn't feel it's working out since they've been at college he and Lorraine seem to have drifted apart. George is doing well for himself, as he has several of his science fiction short stories published in the science fiction club magazine. However, Lorraine seems to have found herself other interests.

After getting angry at Doc for calling his science fiction stories "sci-fi", telling him that science fiction writing is respectable, he admits that he came there hoping to find Marty as he gave him such good advice about Lorraine the first time they met.

Doc decides to try to help him, as he's concerned that if George and Lorraine don't get back together, Marty will never exist. He didn't know what repercussions that would have on the space time continuum, but he knew they wouldn't be good.

Doc brought his brain-wave analyzer out of storage, hoping to put it on Lorraine in order to find out what is going on in her head. However, when he comes back George is gone and Lorraine is at the door. She is also looking for Marty, as she needs advice on how to get George to stop ignoring her. She tells Doc that ever since George has had success in writing science fiction stories, he's become self-absorbed and has forgotten how to laugh, which she felt was always been his best feature.

At that moment, Doc realizes what happened. He remembers talking to Marty about his parents in 1955, while he was working on the DeLorean time machine. Marty told him that his dad always let people push him around and let everything get in the way of his dreams of becoming a science fiction writer. Marty had made George assertive, but in doing so it turned him from a push-over weakling into a self-important jerk.

That night, Doc brings George a tiny radio receiver, which he designed based on Marty's Walkman. He plans to tell George what to say to Lorraine, like Cyrano de Bergerac. However, Doc's plan is foiled by the fact that Lorraine was outside, and she heard Doc talking to someone. She doesn't know it was George, and assumes that it was Marty. Doc wants to get her away from George, so he lets her think that Marty is there, and leads her out to the garage.

George hears Lorraine talking in the garage, and when she gets frustrated that Doc isn't letting her see Marty, and tells Doc to "give her what she needs", George kicks the door open, expecting to see Marty, but furious when he realizes it's Doc. He tries to defend her honor, and Lorraine tries to stop him.

Copernicus runs to protect Doc, and trips George, sending him into the Static-O-Matic electric hair chair. It turns on, and Doc tells him that it's important not to move until it finishes its cycle. George's hair is now wild like Doc's, causing Lorraine to laugh. George is angry at first, but after seeing himself in a mirror, laughs along with her.

Doc realized that things had gotten out of control. When Marty stopped his parents from meeting, that was a change they had to fix. However, in trying to control events with future knowledge, Doc had almost prevented nature from taking its rightful course. He realizes that he can't fine-tune everybody until they're exactly the way he thinks they should be. Sometimes life takes care of things on its own.

Back in the 1890s, Clara manages to adjust the armature on the Jules Verne Train that Doc was having trouble with earlier. Clara tells Jules and Verne to go to bed, and reminds them to mind their mother. Doc tells them that he learned that lesson the hard way, but tells them that's another story for another day. 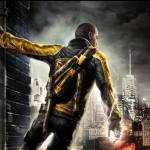