The pennant cord fluttered to the ground in front of Marty. The upper end of the cord was still burning. A minute ago, it had been hanging out of the DeLorean's door. Was that all that was left of the time machine?From Back to the Future Part II by Craig Shaw Gardner (quote, page 210)

Pennants were a series of long narrow flags along a string to decorate and display something, usually new.

They were used outside the new development of Lyon Estates in 1955.

When Marty McFly and Dr. Emmett Brown traveled to 1955 to retrieve the Grays Sports Almanac, and restore the timeline from the nightmarish Biffhorrific 1985, the flying DeLorean time machine clipped the pennants when Doc lifted off from behind the sign, and carried them along. The pennants played an important role in saving Marty from being hit by Biff Tannen's Ford Super De Luxe Convertible, becoming a handy makeshift rescue rope.

The pennants were still attached to the DeLorean when it was struck by lightning in midair, with Doc at the wheel, but since they were outside the vehicle's temporal displacement field, they remained in 1955 as the vehicle was sent back to 1885. All that was left was the smoldering tip where the string connected with the car.

Prior to Marty's first trip to 1955, he and Jennifer saw outside Statler Toyota in 1985 a Ford F-350 flatbed truck carrying the Toyota Hilux that Marty dreamed of owning. The delivery truck was decorated with pennants, while the Toyota itself bore large signs on the sides reading ANOTHER Custom 4x4 FOR STATLER TOYOTA. 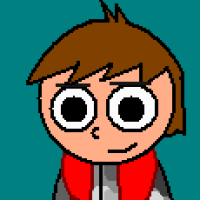