" Marty decided he should close his mouth and do what the Doc told him he should. / "Uh —" he managed. "Could I have a Pepsi?" / He held up the fifty. / "Cash?" the screen — now once again in Reagan's image — replied doubtfully. "Well, it's much easier to just use your thumb —" / "My thumb? Huh?" Marty looked stupidly at his hand. "Uh, no, look, I'll just pay cash." / "Well, there's a handling surcharge on cash, but — " The Reagan-thing hesitated, as if truly considering Marty's plight. "— well, OK, we'll take cash." / The video creature pointed toward a tray on the counter. Marty placed the fifty there. It was instantly sucked out of sight. There was a quick series of electronic beeps and a small panel whirred aside, revealing a covered, see-through plastic cup with the words PEPSI PERFECT. / "And your change," Reagan's image continued cheerfully, "rounded off to the nearest five dollars." / A crisp, new five dollar bill shot out of another slot. Forty-five dollars for a Pepsi? This really was the future. "
—From Back to the Future Part II by Craig Shaw Gardner (quote, page 29)

Pepsi Perfect was a vitamin-enriched variety of Pepsi cola that was sold at the Cafe 80's in 2015.

Pepsi Perfect was sold in bottles that had a lid with a built-in straw. However, when Marty McFly had first seen the soft drinks container, he was perplexed as to how exactly he was supposed to open it.

Dr. Emmett Brown had given Marty a $50.00 bill to purchase the soda. 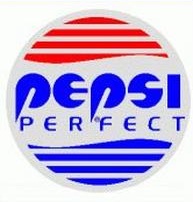 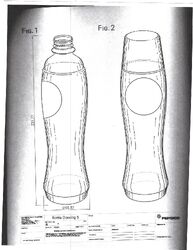 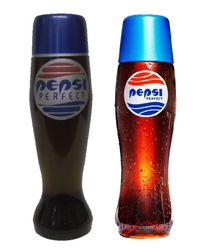