A Pontiac dealership was on the outer edge of Hill Valley's Courthouse Square in 2015, in the 2015A and 2015B timelines, on the site of the Statler Toyota, Statler Studebaker, and Statler DeSoto dealerships.

The sign in front announced that it offered sales and hover conversions.

A series of commercials for Statler Toyota in 2015 featured Jimmy Joe Statler wearing multiple ties, and a hover car was visible in the reflection of the window. This would suggest that it took place in the timeline after Marty McFly burned the Grays Sports Almanac, as opposed to the timeline created after Doc went back in time to stop a nuclear holocaust in 2045.

As the events that originally occurred in 2015 never happened, it's possible, but not confirmed, that in the new timeline, Statler Toyota still occupies the same location that it had in 1985. 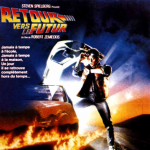