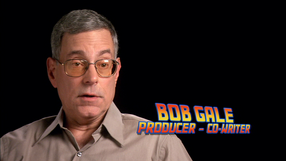 Great news for BTTF Fans -- and a request for help!

First..the great news (and no, it's not another BTTF movie):

27 February 2012. I'm proud to announce that a complete museum quality restoration of the Back to the Future "A" Car Delorean is about to begin! As so many fans already know, the various Deloreans used in the trilogy were designated by letter, based on how detailed they were. The "A" car was the very best of them, and was used in all three films. Unfortunately, after years of being displayed outdoors, the elements took their toll on this very special vehicle, so I successfully spearheaded a campaign to do something about it.

I am calling on all fans who either have original parts from any of the Deloreans from the BTTF Trilogy, or who know of anyone who has such items, to become part of this important project. Please email us at: TimeMachineRestoration@gmail.com with details. You may have something we need, or you may be able to help us track down something we need. If so, you'll be duly acknowledged as a contributor to the restoration.

Thank you, and onward to the future!

The Time Machine Restoration was a quest to restore the screen-used "A" car used in the Back to the Future films.

After years of sitting in the Universal Studios park and on its backlot, the car had become damaged by weather and time. In early 2012, Bob Gale posted a letter introducing the project on Facebook.

A large team of craftsmen came together to restore the time machine.

Special thanks for their contributions

To help fund the restoration, the team created 3 mission patches that were available for sale. 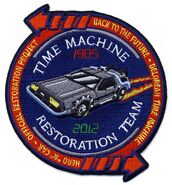 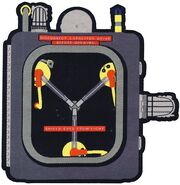 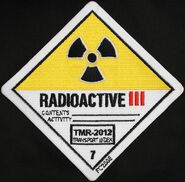 Add a photo to this gallery

On March 5, 2013, Bob Gale announced that the time machine had been fully restored and that it is now on display at Universal Studios. Bob wrote, "Again, my giga-thanks to Joe, Terry and all the guys who worked insane hours to make this happen (and their wives who put up with them), as well as to everyone who supported the project in whatever way they could. Hold you rheads high - this is something to be proud of. Now, if we can just figure out how to get Doc's Time Train down in Florida restored...!"

After years of wasting away in the sun and after almost a year of restoration, the DeLorean Time Machine is now in pristine condition and is displayed in such a way that should preserve all of the hard work for generations. You can find it at the NBCUniversal Experience, located next to Transformers: The Ride-3D.

Although the time machine is now fully restored, the Time Machine Restoration Facebook and Twitter accounts are still very active and are a great source of information.

Retrieved from "https://backtothefuture.fandom.com/wiki/Time_Machine_%22A%22_Car_Restoration?oldid=30254"
Community content is available under CC-BY-SA unless otherwise noted.