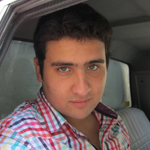 Coincedently one of the veteran western actors who plays a saloon old timer in Back to the Future Part III, Harry Carey, Jr, was born on the same day as me.Of course I was born in 1993, he was born in 1921.

Retrieved from "https://backtothefuture.fandom.com/wiki/User:IsaacBTTF?oldid=34618"
Community content is available under CC-BY-SA unless otherwise noted.